Hijab Is Sexist, Not Anti-Racist 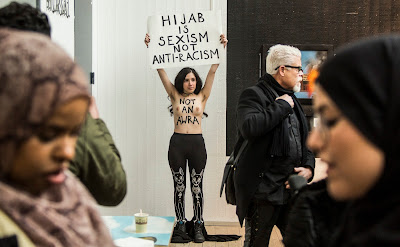 When I saw the event titled "Hijab som politiskt motstånd" (hijab as political resistance) and read its description, I realized the importance of demonstrating in front of the place where it would be held so that other voices from Muslim majority countries are heard, and the propaganda presented in the event is not the only information about the subject.

The event is held on 6 March, two days before international women's day in Mångkulturellt centrum (multi-cultural center) in Fittja. It presents hijab as feminist and anti-racist. I think marketing hijab as such is harmful to women from Muslim families, to the status of women in general and to non-Muslims in Muslim majority countries.

Hijab is marketed in a different way in Muslim majority countries, than it is in the west. Women are compared to objects to be consumed and owned by men. They are told to be like wrapped candy or precious hidden diamonds, while men are questioned on how they cover their cars, but let their women go uncovered, but women are people not objects. Women are ordered to cover up not to arouse men, get themselves raped and corrupt society. The more the sexist ideology behind hijab spreads, the less safe it becomes for all women living in the same society because women and their bodies, unlike men who are viewed as "users of women" are viewed as sexual objects, and they more they cover up, the more they are blamed for being abused and required to give up their rights. When I talk about hijab, I don't talk about a piece of cloth, but about a complete set of rules for how women should behave, hide and withdraw. A veiled woman wouldn't for example have freedom of movement or sexual freedom.

Since women are viewed as properties and honor of men, women's families, relatives, husbands and families of husbands interfere in how women dress. Women are even treated as public properties, so if a woman's direct family failed to control her, strangers would step in to correct her appearance and behavior with sexual violence.

I met countless women who were forced or pressured to wear hijab, who wanted to take it off but feared incarceration, beatings and/or social rejection. My best friend was locked and tortured in a mental institution after she took off the hijab she was coerced to wear as a child, and was only considered sane enough to be let out when she wore it again against her will, I also know a woman who was locked up at her parent's home and jumped from second floor to escape the threat of being murdered by her family after she took off the hijab and countless other women who were locked up, beaten, had virginity tests, had their hairs cut and had their books torn up for resisting the obligation to veil. Some women only wear hijab in front of their families, while others only wear it while taking public transportation. In a society where veiling is the norm, non-veiled women cannot dare to deviate much from that norm without taking a risk. Adding to that being brainwashed since childhood that they must wear hijab or they will hang in hell by their hairs, how much choice do women living in Muslim majority countries or with Muslim families in the west have?

Most people tend to adapt to social norms, and know their places in a social order, that's why there are women defending sexism, and why there were black people defending slavery or at least living by humiliating rules which take away their dignities, it's especially true for women to accept sexism, since a society of only women never existed, and most people would rather be accepted in a group than stand up for themselves. That some women defend oppression doesn't mean it's fair or it doesn't hurt women. The fact that more women defend it than oppose it, especially in public, is also associated with the risk of doing the later. Women who take off hijab, or reject living under the control of their country men in any other way such as living alone, not with a male guardian, end up living in shelters or protected addresses and threatened and harassed both by family members and strangers. Those who chose to speak out and help others are at even greater risk. I receive messages from women who complain to me about the oppression they live under daily, but most of them are too scared or considerate about what people would say to change their lives or speak out themselves.

Hijab is an extreme and strict version of the sexist culture western feminists are fighting, but many of them make an exception for hijab and even view it as feminist. Women who demand the same rights for all women are considered to adapt a "western feminism", but I don't think such division in feminism is necessary. Instead of focusing on issues specific to Eastern women such as virginity tests, so called "Islamic feminists" focus on issues that are not specific to women such as racism, which is an important issue, but it shouldn't be prioritized over women rights, and argue for preserving some forms of discrimination against eastern women, since, according to them, they don't need the same rights as their western sisters. Feminism is a movement for change, but they are more conservative than progressive.

When Egypt was colonized by Britain, same women who fought British occupation began to defy the rules to veil and started a feminist movement just as Western women began to demand their rights during the industrial revolution, yet the event presents veiling as anti-colonial, such arguments lead to labeling people who are fighting for women rights or who have different beliefs in Muslim majority countries as traitors, and make it harder for these societies develop the same way western societies developed and are still developing.

While western racists attack Islam and hijab out of rejection for other groups, although they share similar sexist views with those they are attacking, other people, including people from Muslim majority countries attack the same things out of care about the rights of women and individuals in conservative societies and communities. Individuals inside groups from another countries shouldn't be trumped over in an effort to understand or accept these groups. Some people may think they are accepting diversity in western societies, while in reality they are standing against those who are fighting to make conservative societies more diverse and individualistic.

Posted by Aliaa Elmahdy at 7:39 PM 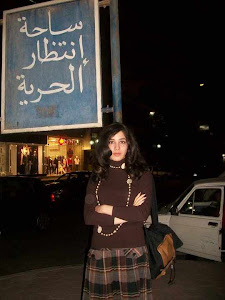 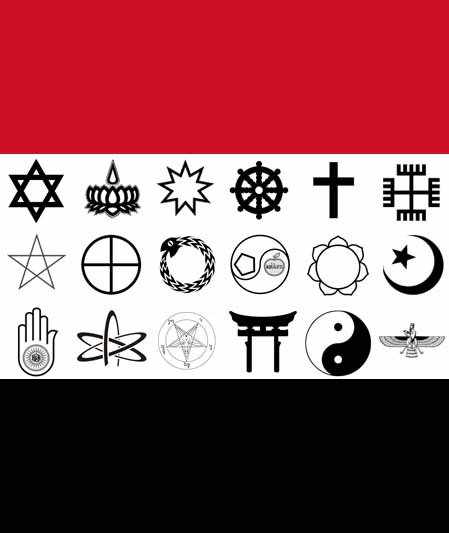 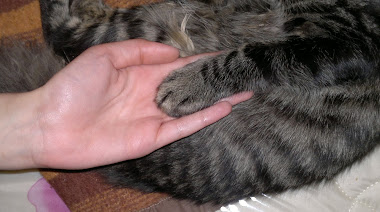 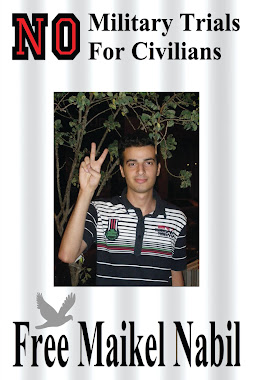